Jodoin Lamarre Pratte architectes was invited alongside 5 other firms to participate in the Design competition for the National Bank of Canada's future headquarters at the corner of St-Jacques Street and Robert-Bourassa Boulevard, in downtown Montreal. For the purposes of the competition, the firm partnered with Chevalier Morales architectes, whose work has seen been awarded by the 2018 Emerging Architectural Practice Award of the Royal Architectural Institute of Canada. 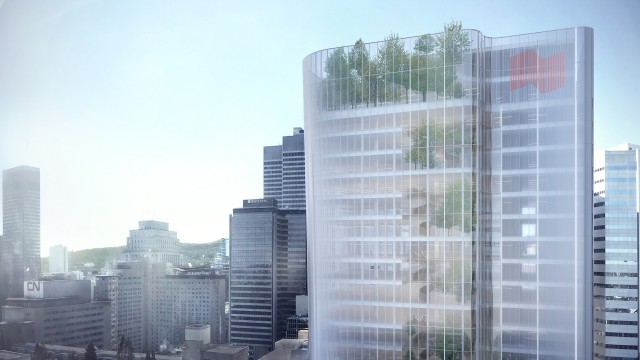 A new gateway to Old Montreal and downtown

The strategic position of the new National Bank headquarters, at both the western entrance of Old-Montreal, and the southern entrance of downtown through Bonaventure, immediately trademarks it as Montreal’s most important building. When entering downtown from the south, the new National Bank tower is in the foreground compared to other buildings. The tower’s main volume was condensed on the site’s northern part, which offers the undeniable advantage of optimizing all views and natural light on all levels, while offering the same privilege to its future neighbors. In other words, the proposed geometry optimizes the site’s potential, both to manage the urban challenges and play its key role in the urban fabric, as well as to offer a trademark architecture taking a prominent space in contemporary Montreal. 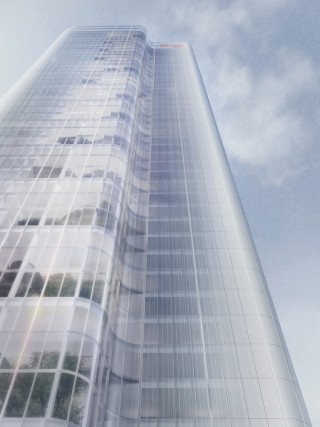 Beyond working on basic geometrical optimization, our approach was above all, a search for identity. It seeks to crystallize the true identity of a company which emerged in Montreal, Québec, in the building’s geometry, spaces and materiality. It plans on reinstalling the National Bank on St-Jacques Street, a street with a long tradition of banking establishments while looking towards the future on Boulevard Henri-Bourassa. Setting up a generous and open public space, defined by a line of trees and leading to the transparent building lobby, is a first identity gesture which we believe is important to execute.

The other important dimension of the identity question is that of materiality. On the one hand, the base is defined by a contemporary interpretation of the traditional stone colonnade, which perpetuates Old-Montreal’s mineral tradition and art of building. On the other hand, the large glass and aluminium tower, detailed with a white serigraphic pattern changing with orientations, presents itself as a bright iceberg, slightly deformed by south-west dominating winds and releasing a warm and reddish light. Although it references a winter landscape made of snow, ice and heat, this materiality is completed inside by the use of wood for staircases and some floorings, especially in triple-height spaces which act as lungs and internal communications between the floors. A fragment of the typical boreal forest completes, at the tower’s top and bottom, the architectural language and identity composition of the proposal. 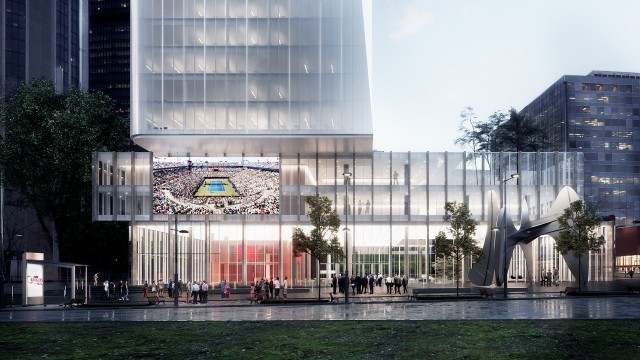 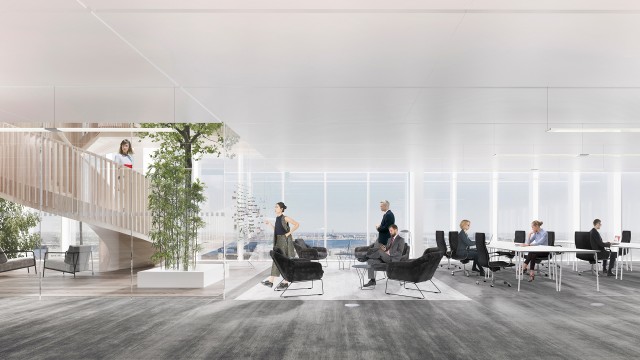 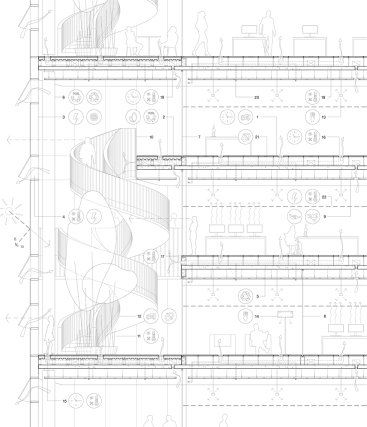 Flexibility and adaptability are the most important design principles. We suggest, on the one hand, to work with elevated floors and, on the other hand, to decentralized the service hub and to position it on the north side of the building, where the views are the most blocked. A third element is to develop a triple-height space with a biophilic design which gathers three work floors – this composition is multiplied in the tower –. Placed on the east side to offer clear views towards the south and the west, the triple-height space offers several basic functions such as passive and natural ventilation, an interconnection space between those floors as well as an unconventional working space. By offering a more human scale and a more natural physical environment connected to the outside, it stimulates exchanges, creativity and encourages users to actively move across floors instead of all vertical movement being done using elevators.

In order to avoid generating large standard open spaces we suggest maximizing the number of open space work stations while offering a diversified sequencing of space types from traditional stations to collaborative spaces, to creativity and relaxation areas where everyone can find his place. Individual work stations remain limited but necessary for concentration, working alone or in teams. They were conceived to be sound-proof, transparent, collapsible and mobile. 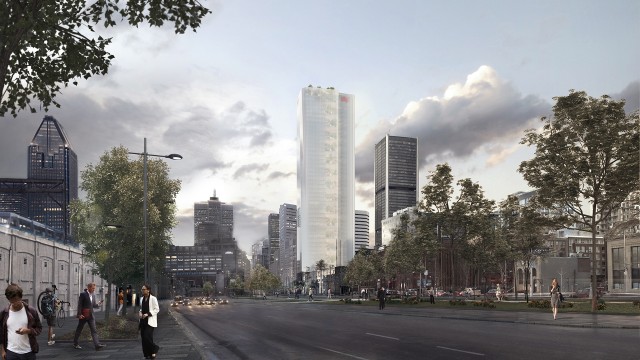 A human vision of sustainable development

This proposition gives great importance to sustainability issues and presents an ambitious but realistic program. In a country where energy sources and natural resources are affected by climate change, we believe it is a fundamental responsibility. The proposed vision relies on three main priorities, based on the National Bank’s program to develop a responsible, higher quality office building which will also be one of Montreal’s most iconic buildings. Therefore, the quality of indoor environments, the life cycle of materials and energy efficiency are at the core of our concerns and guide our actions, to design a building targeting a LEED platinum certification and integrating many principles from the WELL certification. Among the strategies selected in this germinal stage of the project are partial passive natural ventilation, using serigraphy on glass to control solar gains and glare, use of local and sustainable materials, and control of light pollution. 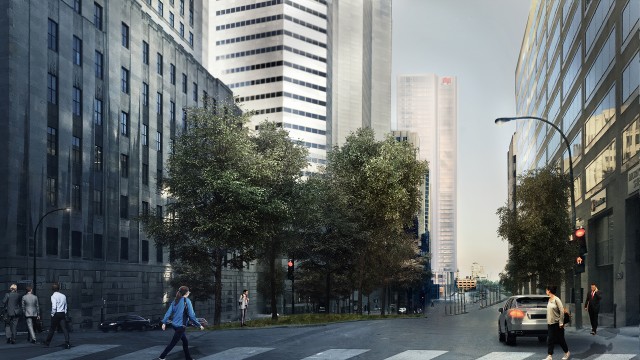 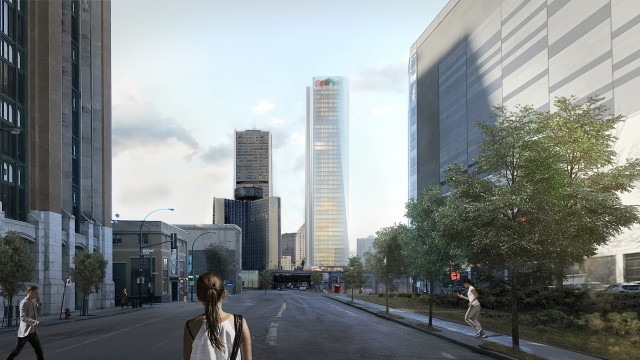 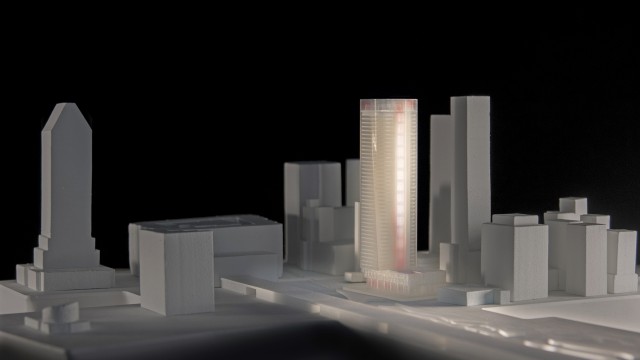