Denis Lamarre was interviewed by Michel C. Auger following the fire which occurred in Paris at Notre-Dame Cathedral. They look back at the rebuilding efforts of Notre-Dame du Sacré-Coeur Chapel at the Notre-Dame Basilica of Montreal, which was entirely destroyed in a fire on December 7th, 1978.

The firm had been selected to carry out the reconstruction project, and he had suggested to rebuild the chapel partly according to the original plans and to modernize some elements, rather than performing a restauration entirely faithful to the original construction.

Denis Lamarre will celebrate his 86th birthday tomorrow, on April 17th. We wanted to wish him a happy birthday and to thank him once again for his undeniable contribution to the Quebec architectural landscape. 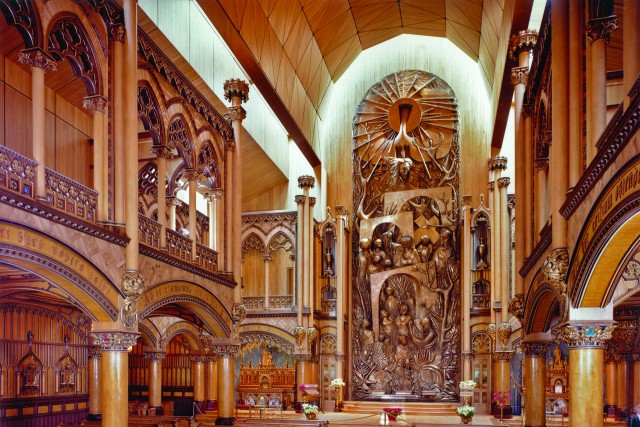 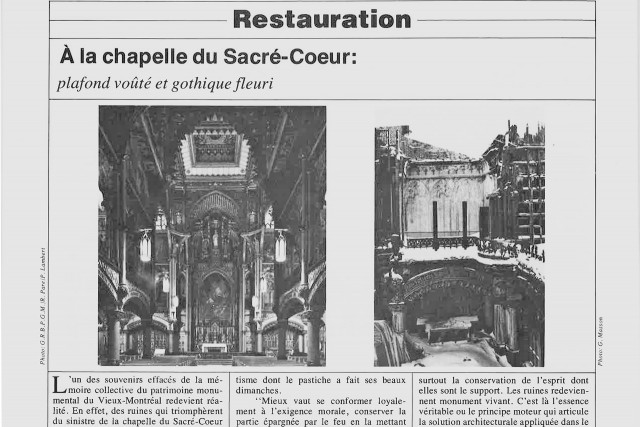