Renovation of the Montreal metro's infrastructures

The consortium GJB won the request for proposals sent by the Société de Transport de Montréal (STM) "Bureau de Projets Infrastructure Métro" (BPIM). The mandate's scope is to maintain the network's infrastructure by repairing architectural and structural elements as well as replacing electrical and mechanical pieces of equipment. There are two main components to the mandate : the "Réno-Infrastructure" program, the Berri-UQAM major renovation project and the expansion of the Viau Attachment Centre. 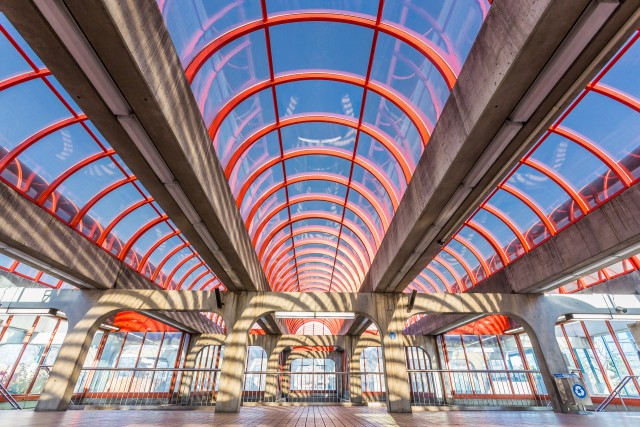 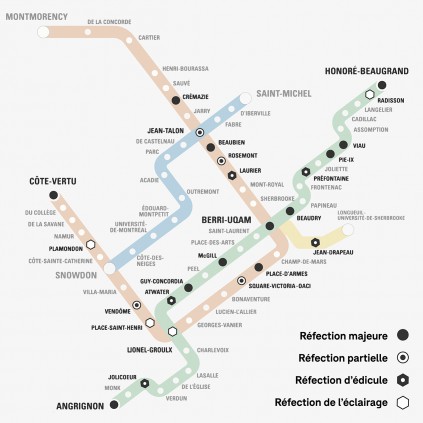 The Montreal metro network is the largest in Canada and the 3rd largest in North America. It is made of 4 lines, divided in 68 stations, and accounts for 76 km of tunnels, 129 kiosks and 124 auxiliary structures. Inaugurated in 1966, and extended several times since, it is part of the Montreal urban heritage and transports more than a million passengers daily. To tackle the issue of ageing infrastructure, the STM launched a large renovation program called "Reno-Infrastructures" carried out in several phases. 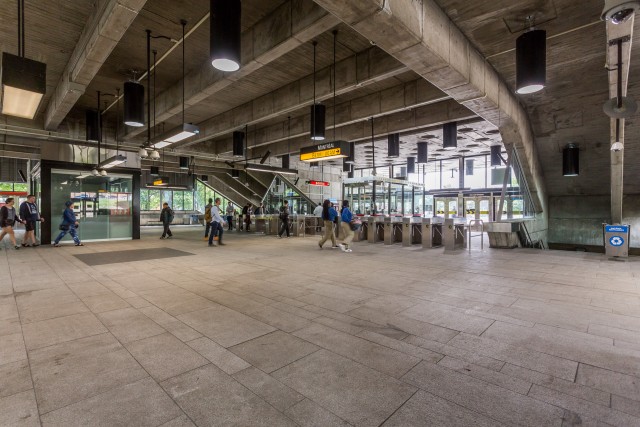 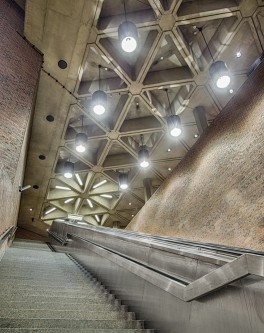 Renovate with respect for heritage

The Montreal metro is characterized by the unique aspect of its stations, each having its own identity through a distinct architectural and artistic expression. It’s with the preservation of this heritage in ming that the BPIM interventions were carried out. At Crémazie station for example, ceramic wall cover had to be completely redone. Ordering custom-made tiles wasn’t possible within the available budget so our architects went the extra mile to find tiles that were as close as possible to the original design. The result is so seamless that one could think the wall covers were simply cleaned. 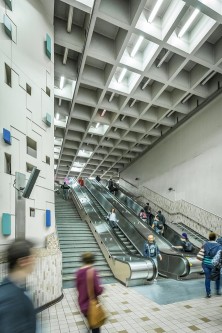 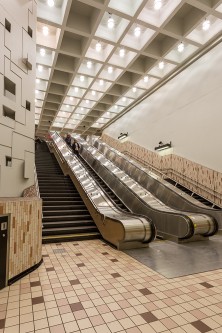 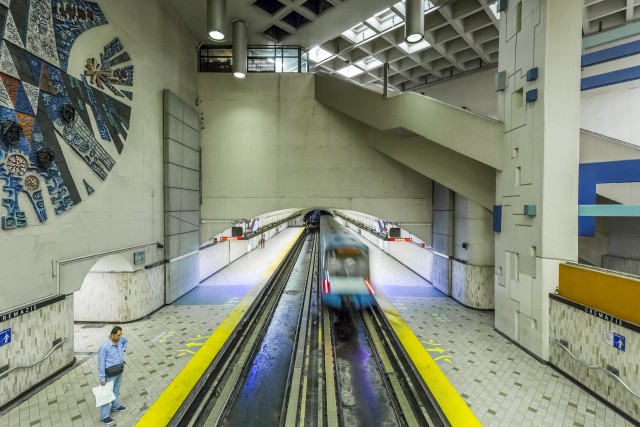 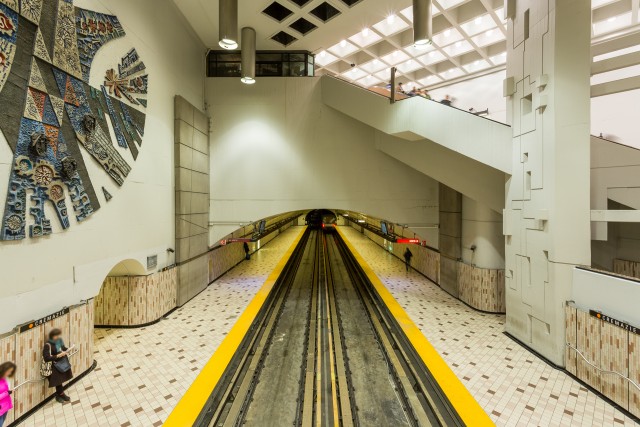 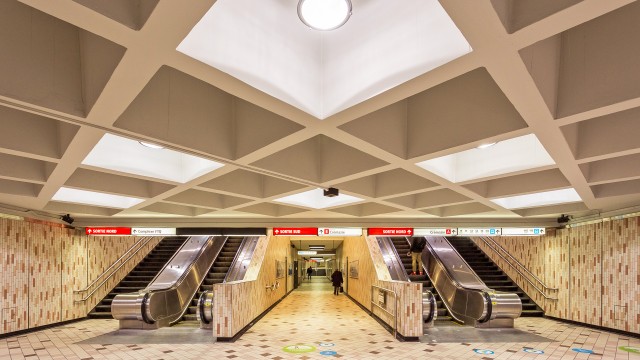 Innovate to modernize the network

A part of people’s daily life, the Montreal metro must evolve with the society it serves, and modernize to offer quality services that match all users’ expectations. The Réno-Infrastructures program not only aims at repairg degraded assets, but also to improve facilities. To reach this second goal, the BPIM architects proposed innovative solutions to make the metro nicer and more functional. At Place-d’Armes station for example, a new accessibility ramp was developed and became a standard to install in other metro stations. The curtain wall onto Viger avenue was also modifies by removing concrete architectural element to maximize natural light in the station. 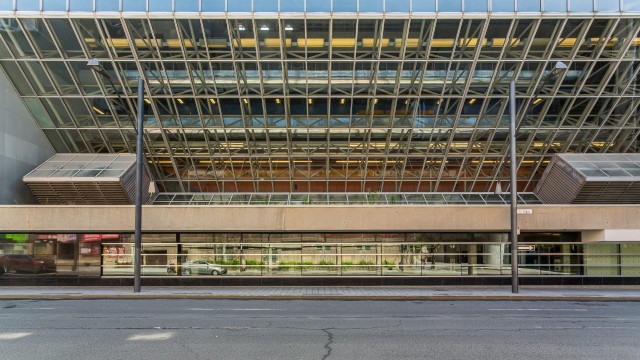 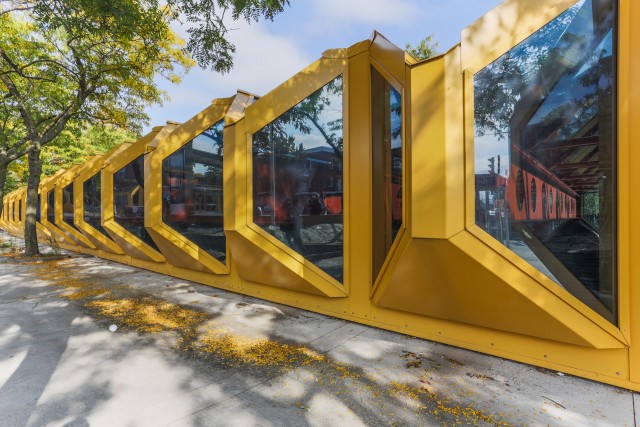 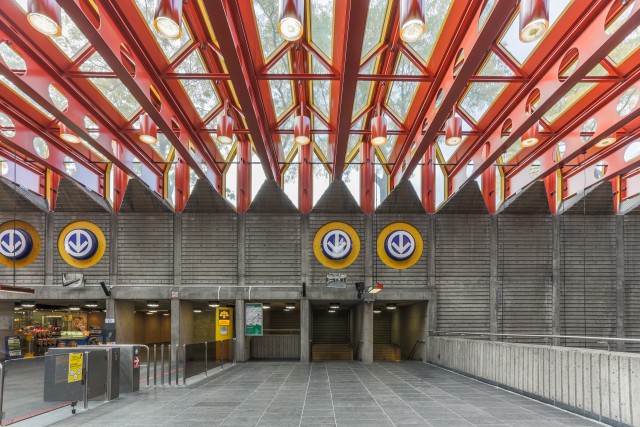 The condition of certain stations was detrimental to the users' sense of safety and well-being, and it was sometimes necessary to carry out major renovations that went beyond asset maintenance. This was the case for the Beaudry station, which was in an advanced state of disrepair and had little appeal to the general appearance of the interiors. The existing lighting and architectural facings gave the place a dark and uninviting atmosphere, reinforced by greenish, bluish and brown palettes and the slow journey from the entrance building to the platforms via the long mechanical sidewalks ¹.

From 2018 to 2020, the Beaudry station underwent major work that required its complete closure for 8 months. A contemporary re-reading of the station's original architectural concept, altered during work done at the turn of the 2000s, led to the proposal of a new approach for the architectural finishes. New lighting fixtures illuminate the route, which is lined with white and red ceramics, the pattern of which is inspired by "op art" (optical art) and the coating that adorned the station's walls when it opened in 1966. The pattern intensifies towards the mezzanine and becomes saturated with red in the pedestrian tunnel. A suspended metal ceiling accommodates the new lighting fixtures above the mechanical walkways, and conceals wiring and conduits. Finally, the new steps are made of black Quebec granite, a very durable material, and the catch basins at the foot of the steps greatly facilitate maintenance. In the end, the whole is bright, playful and inviting. It should be noted that the project was nominated as a finalist for the PMI-Montreal 2020 Elixir Awards.

¹ Beaudry station was not included in the original métro network plans. Instead, a station was planned at the intersection of Amherst Street. This plan was later scrapped and supposed to be replaced by a passageway from Berri-UQAM station. However, this left too great of a distance between Berri-UQAM and Papineau stations, and decision-makers at the time ordered the construction of Beaudry station in 1963. By this time, the Green line tunnel was already under construction. It was decided that the access ramp used by the trucks transporting the excavated rock would be used to create the access to the new station. The ramp’s low incline made it impossible to install standard escalators, resulting in the famous moving sidewalks, unique in the network. (STM website) 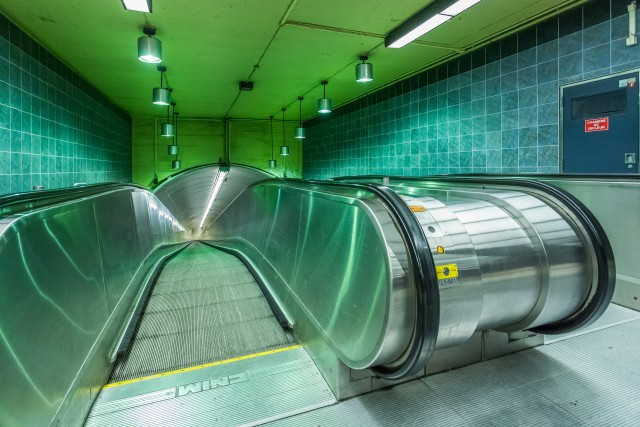 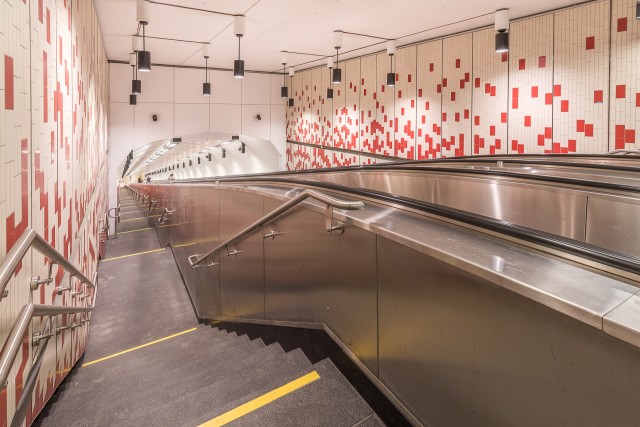 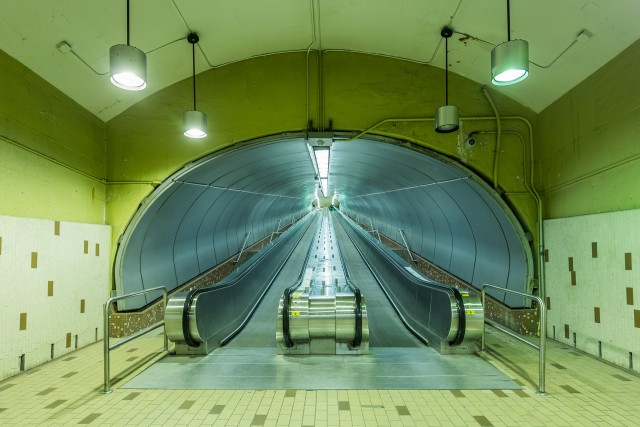 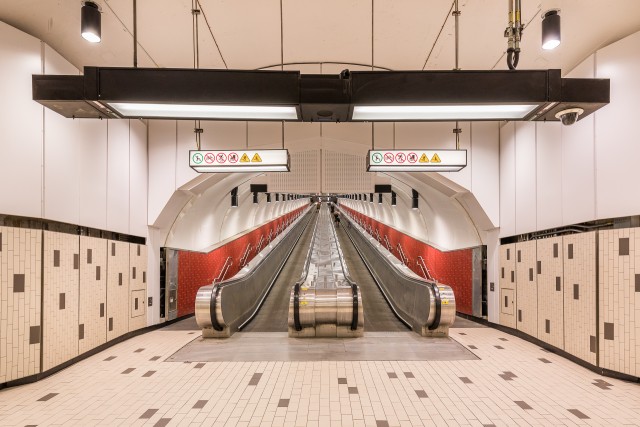 Expansion of the Viau attachment center

In addition to renovating the station and improving its accessibility, another less visible yet major project is under progress at Viau station: the expansion of the Viau attachment center, an underground center where tunnels and tracks maintenance vehicles are parked and fueled.

This expansion is a key project for the STM. By doubling the center's area, six additional convoys can be hosted, therefore improving maintenance capacity for the whole network. With a new loading dock and a higher-capacity lift, the center will also become an entry point for construction materials. Construction sites will be supplied faster, which will improve the speed at which renovation can be done. Electric charging stations will also be installed to allow for a larger number of clean energy vehicles in the network.

Above ground, a few elements testify of this underground transformation. The truck unloading dock, currently located within the main kiosk, will be removed and replaced by spaces for STM personnel. A new dock will be built behind the station. This new structure will be more discreet and much safer as trucks won’t be crossing pedestrian paths anymore. Ventilation wells will be replaced and a new fuel filling station will be built. The BPIM imagined these structures’ architecture with respect for the original design. Their angular geometry reminds that of the skylight and sets itself apart from the main kiosk which can reaffirm its public access function. 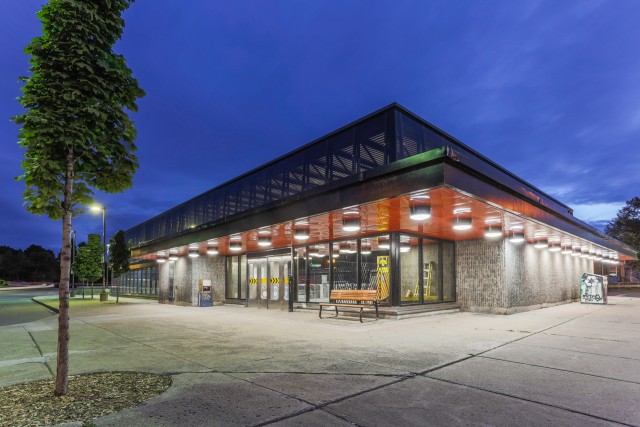 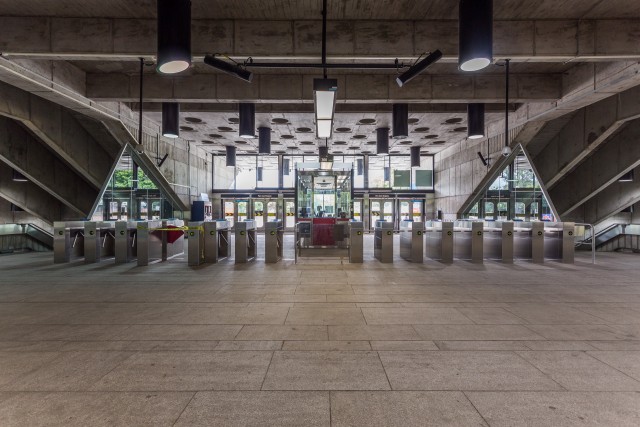